Share This On:
Facebook4
Google+0
Twitter0
Pinterest0
We don’t think of ourselves as snowbirds, because we don’t have a fixed pattern of returning to the same northern and southern destinations annually, like migrating birds. But we do travel up and down the country with the seasons. So now, after almost four months in Southern California, we are finally on the road again, heading north for a gradual three month trek to our ultimate summer destination in Montana. We are happy to be on the road again.
Our journey began with a one night stand at Cocopah RV and Golf Resort in Yuma, AZ. It’s surrounded by the green farmland just east of Yuma, and away from the mass of RV resorts in town.
Cocopah advertises itself as a luxury sort of resort, with golf course, landscaping and many amenities, which it certainly does have.  Our favorite amenity is a very large grassy dog park with some shade – very rare in this part of the country. Although it is not fenced in, leash requirements seem to be relaxed within that space.
With all its fancy stuff, however, the sites are gravel, no picnic table, and pretty close together. The hookups are behind the rig, with the sewer drain being especially far away. We had to use three sewer hoses for the first time ever. 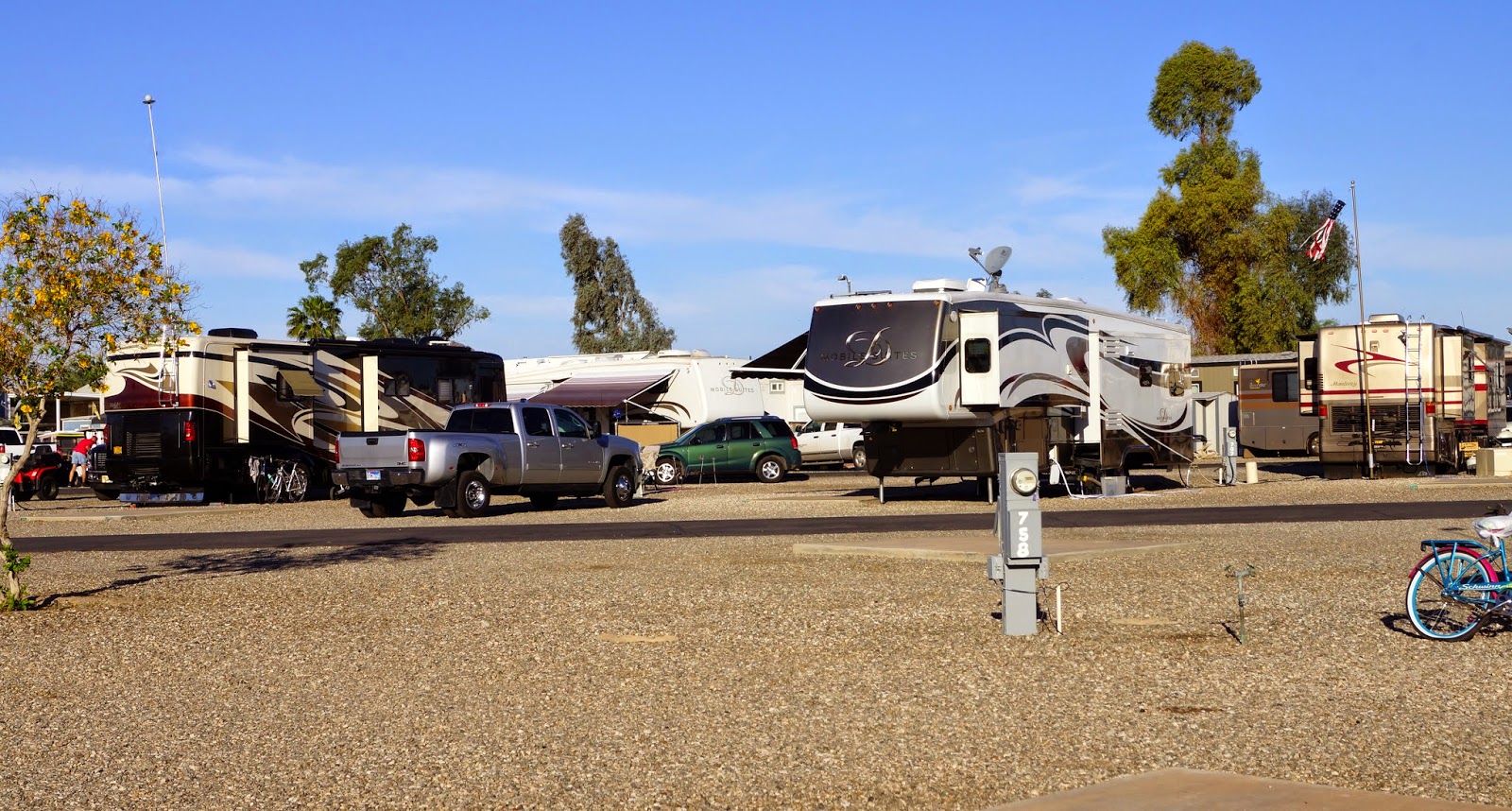 Next stop, River Island State Park, in Parker, AZ, right on the Colorado River.  I was very happy with this place.  There are lots of RV parks along the river in Parker, many of them huge and crowded. In contrast to the norm, River Island is small, with about 30 sites, nicely spaced.  We were blessed with a little shade from small trees on both sides. The red tree below is the largest and most beautiful bottle brush tree I have ever seen, in full bloom.