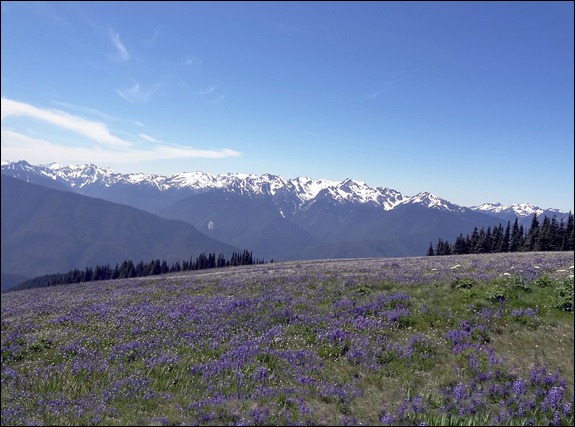 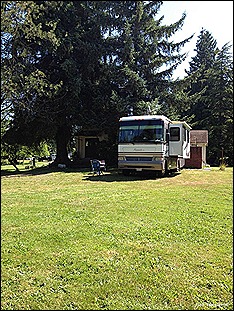 long move.  The distance between the two towns is only about 15 miles.  Our plan was to move Thursday afternoon.  However, with four people on board using water without an onsite dump, we had to move a little sooner than planned.  We had actually forgotten the Elks only had water and electricity.  Normally that wouldn’t have been a problem.  The problem was long showers for four people don’t cut it.  Most of you know exactly what I’m talking about.  You’ve been there, done that.  However, we were able to empty our tanks at the Chevron station which was only about 5 minutes away.
Shortly afterwards we pulled into my cousin, Bob’s place.  He has the perfect place for a large get together  — lots of parking space and a hall for entertaining. Since most folks won’t be pulling in until Friday we got first pick of spots.  We picked one close enough to electrical outlets that we could run a cord.  You know what they say, the early bird gets the worm.  In this case the worm was electricity. 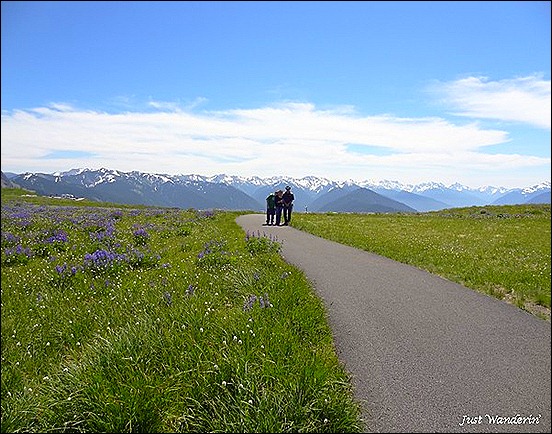 It was a fast setup and we were off to Hurricane Ridge in the Olympic National Park.   I wanted to take the kids to see the beauty of it.  It was a perfect day.  The sun was shining and wild flowers were in full bloom.  It’s just a short drive from where we were parked since my cousin lives on the road to Hurricane Ridge.  Every time we visit, I’m in awe of the beauty.  On one side by the Visitor’s Center you see all the snow peaked mountains.  On the other side you have a view of Port Angeles, Strait of Juan de Fuca and Canada.  It was definitely a gorgeous site.