Recently while we were in Claremore Oklahoma we visited the Will Rogers Memorial. Here is an exterior view from the web. 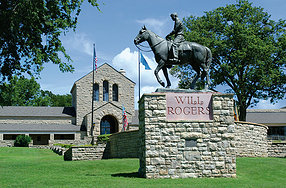 Will Rogers was born nearby in what was Indian Territory in 1879. An expert cowboy and rope trick artist he started out in Vaudeville. Then it was on to the Ziegfield Follies. From there it seemed there was nothing that Will Rogers was not involved in. He starred in silent movies then talkies while also writing a daily newspaper column. Tragically Will Rogers was killed in an airplane crash in Alaska in 1935 and buried in California where he lived at the time.

After much discussion as to the location of the memorial it was decided that Claremore would be the site on property purchased by the family about 20 years earlier. This is what greets you at the entrance. 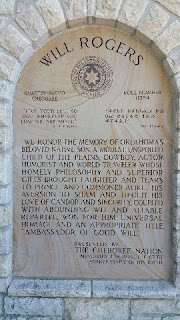 We first saw a great documentary in the theater. When that was completed a storyteller took the stage and told some of the history and did some rope tricks that Will Rogers was famous for. 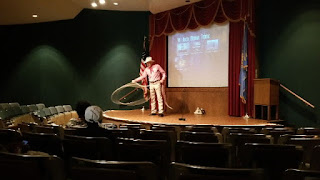 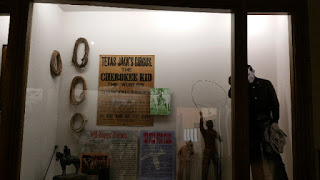 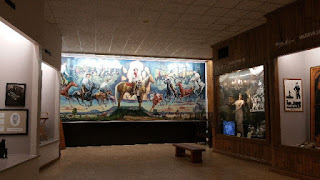