We drove the Lariat Loop up Lookout Mountain to the Buffalo Bill Museum and Gravesite near Golden Colorado. William Frederick Cody was born in Le Claire Iowa, moved to Kansas at an early age, built a home and lived in North Platte Nebraska during the Wild West show years and founded the town of Cody Wyoming. So why was he buried on Lookout Mountain in Colorado in 1917? 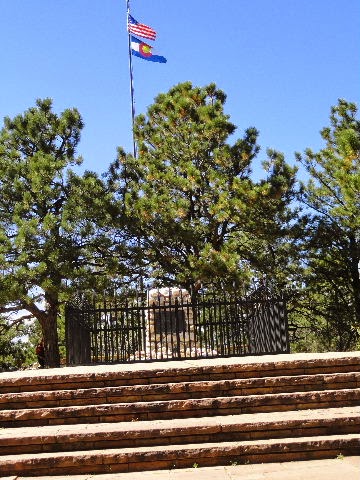 Because that was his wish as stated to his family and friends and the priest who administered the last rites. Saying that there still was some controversy about the choice. His widow had the casket opened just before it was lowered into the crypt to prove that it was him being buried. There is a famous photo of a tank parked next to the grave. 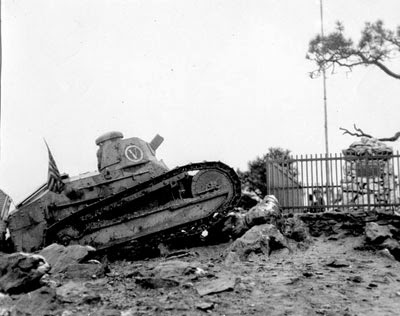 The myth was that there was fear that Cody Wyoming or North Platte Nebraska would steal the body and that the tank was there to guard the grave. The truth is that it was a photo used to sell war bonds after WWI and that they took the photo and moved on. After his widow died in 1921 both towns did raise a ruckus and the controversy remains to this day. To guard the body what was done after the widow was buried is tons of concrete were added over the caskets in the crypt. Here is the grave again and the plaque noting Buffalo Bill’s wishes. 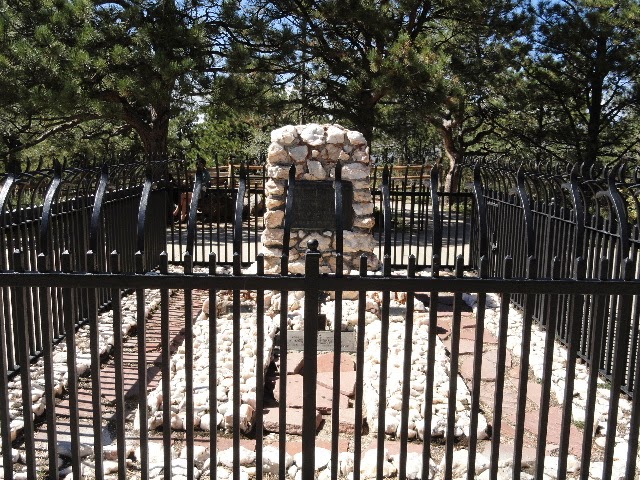 The marker on the ground noting his Congressional Medal of Honor awarded.