We weren’t planning on visiting the Grand Canyon at all this time through the southwest, but found ourselves camped out in Williams for the week, so we thought we’d do the Canyon.  When we’ve seen it before, both from the North and South Rims, we stood on the edge looking down and said, “Yup. It’s big,”… and moved on. It’s a little hard to take in.

So we ended up making some pretty “grand” plans for seeing it this time, but before we got into those, we just drove on up and checked it out from the good old South Rim again, just to see if it looked any different. We brought Honey along too, because she’s never seen it. 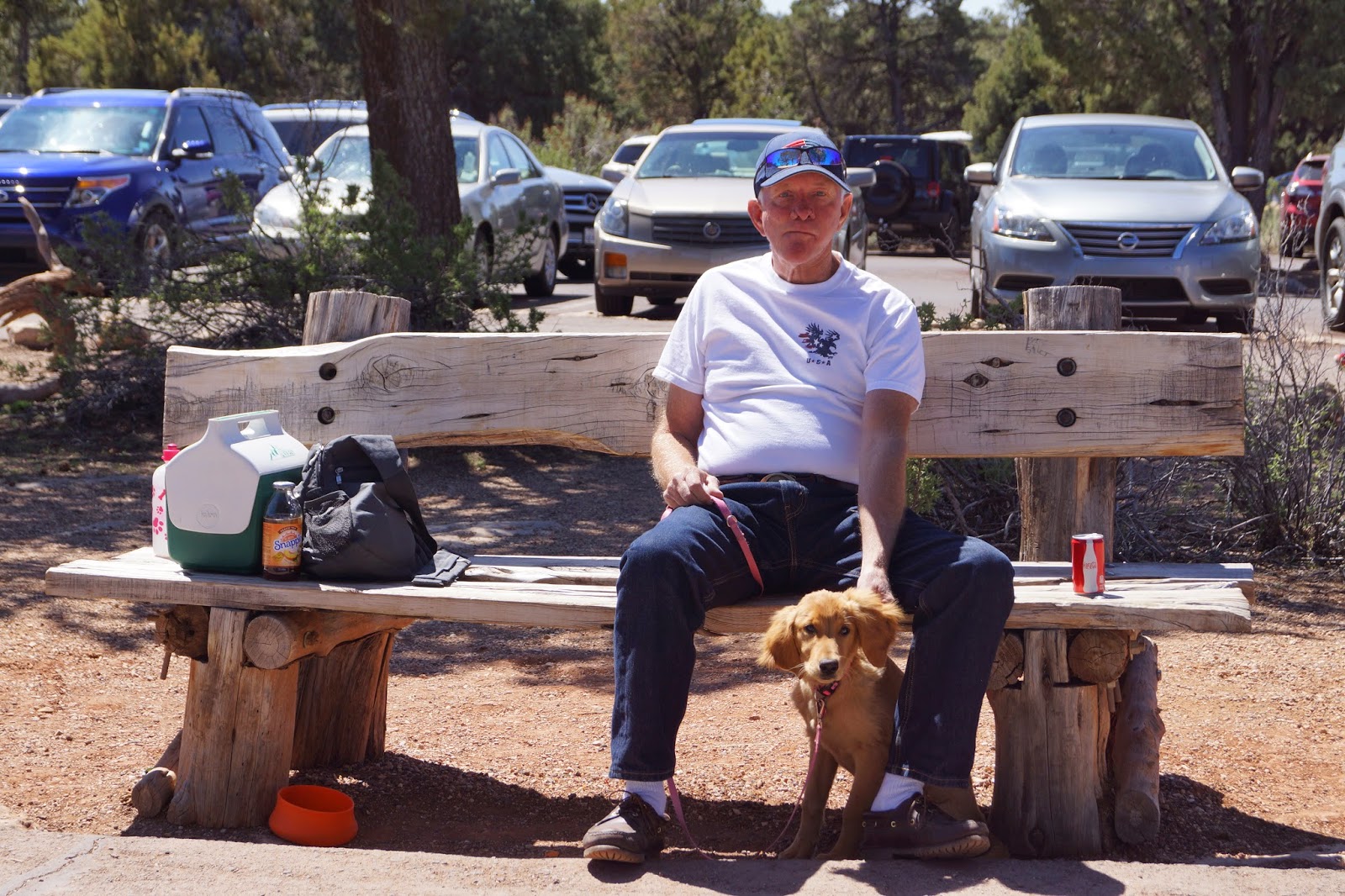 After a picnic near the rim, we took a walk along the Rim Trail. 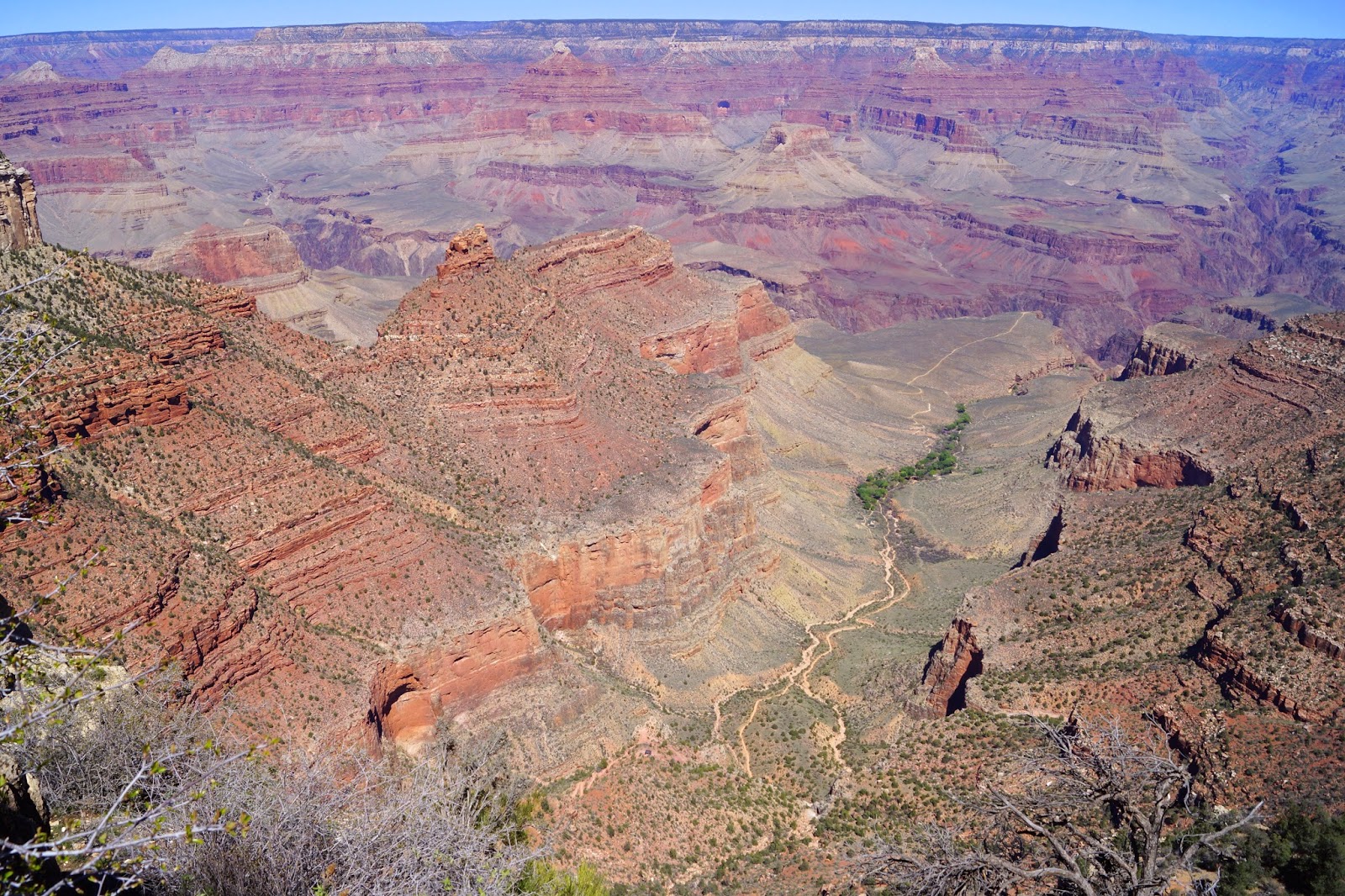 The visibility was better than we’d ever seen it before – very clear and crisp. What a view! I guess it’s different every time. 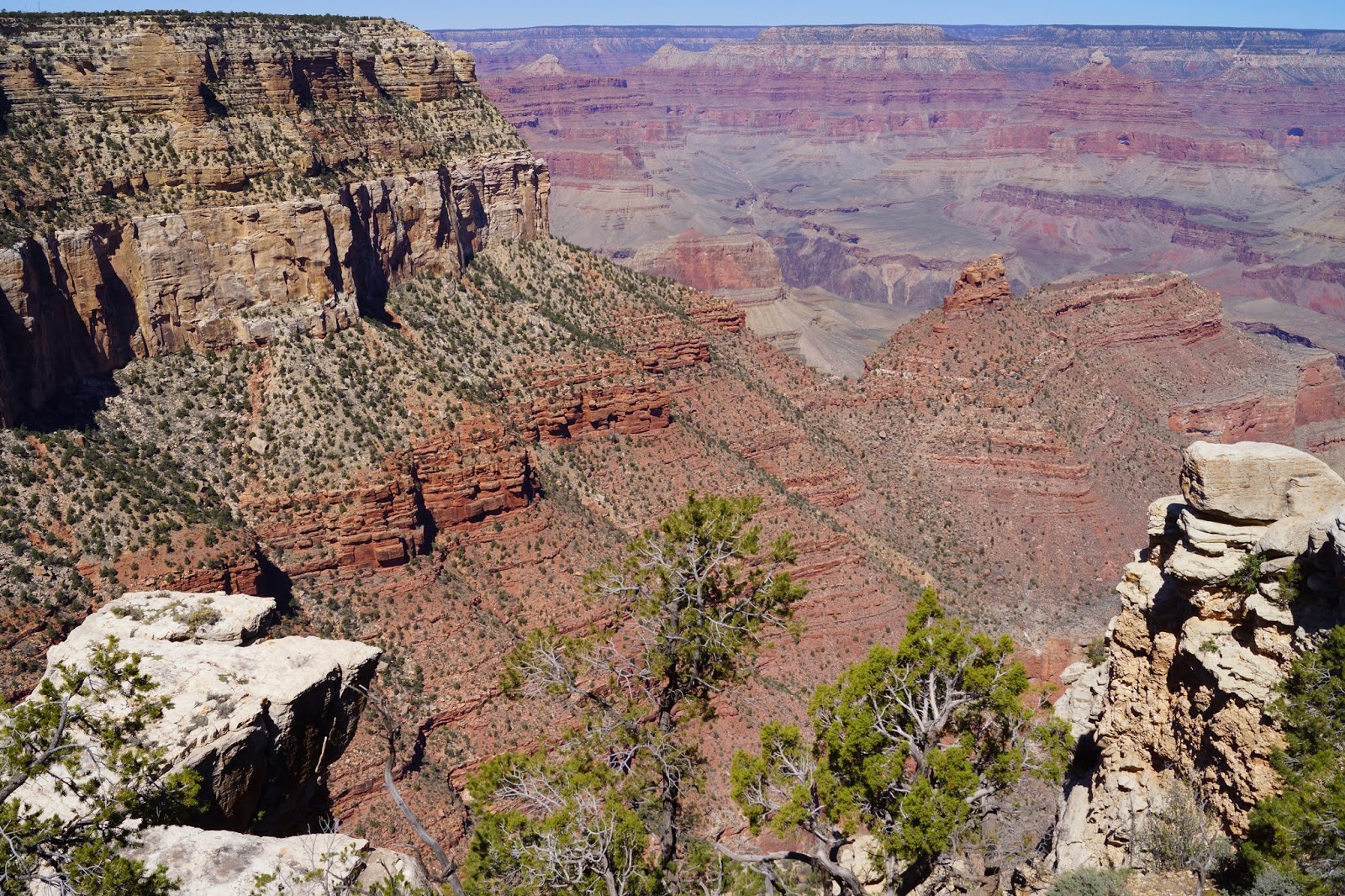 We also saw the Hopi House for the first time. It’s a museum and Native American arts store. Don’t know why we never noticed it before. Or maybe we just forgot. 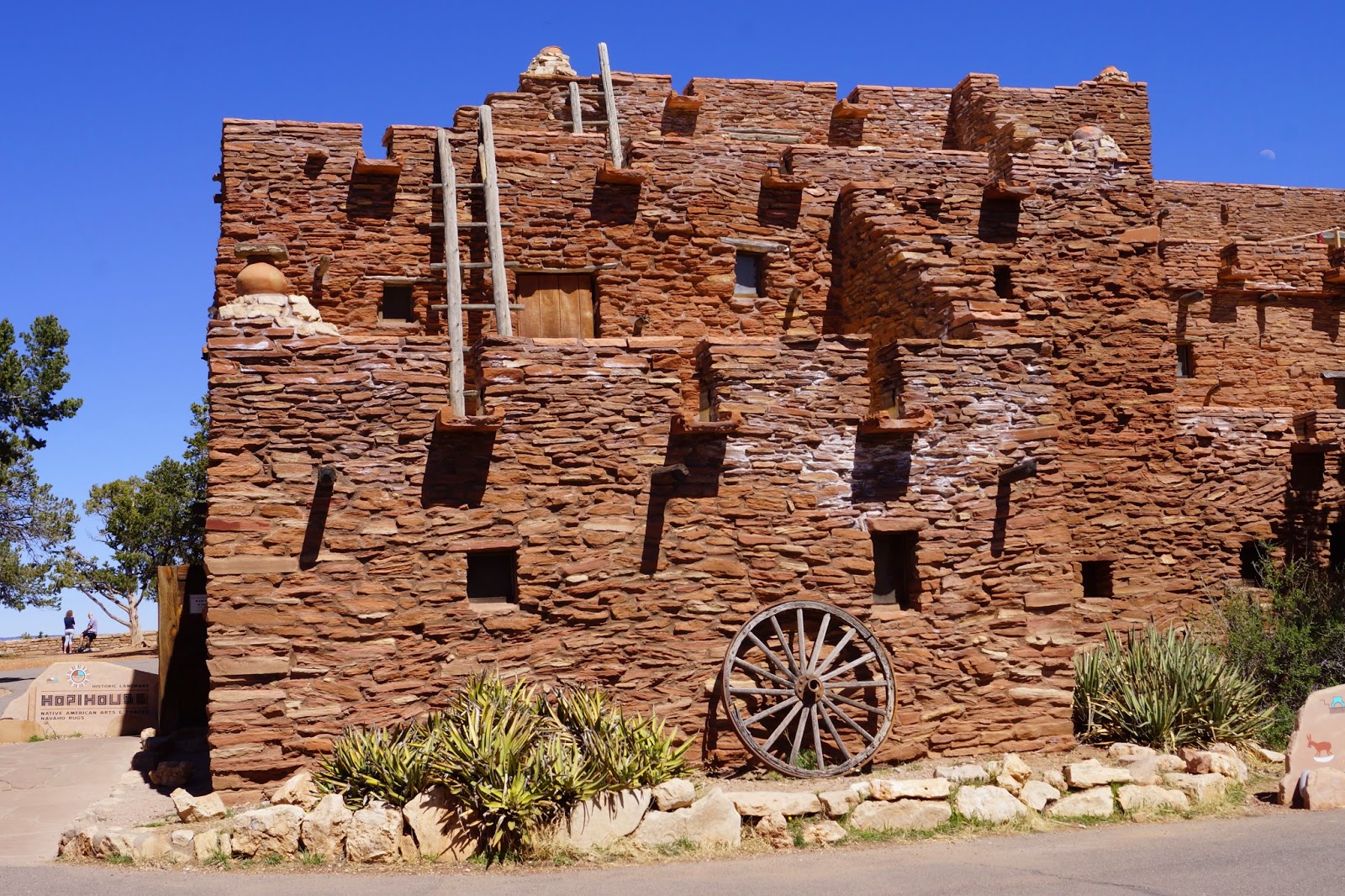 We drove home via Flagstaff to pick up the truck, which was getting a little work done. This back road took us through the countryside and close to Humphreys Peak, the most prominent landmark around Flagstaff.

So, what other views of the Grand Canyon did we have planned?  Just wait and see…