Share This On:
Facebook3
Google+1
Twitter0
Pinterest0
I really wanted to visit La Push and Rialto Beach.  How much did I want to visit both of them?  A whole heck of a lot. My dad used to say fishing out of La Push was phenomenal.  Well, of course, it would be since salmon run to and from the mouth of the Quillayute River at this location and directly into the ocean. 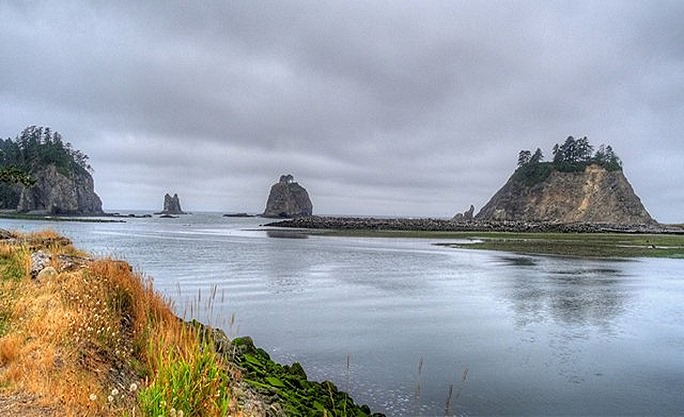 I’ve been on a lot of beaches.  All beaches certainly are not the same.  Some are sandy and some are rocky with a lot of different ones in between. You can view them from cliffs above or even right at the level of the rolling sea.   However, I was not prepared for this beach.  I was caught by surprise.  This is the perfect beach for me.  Well, there are several of them here.  Some with rocks, some with sand and lots of trees and driftwood that the mighty sea has carried to this spot. 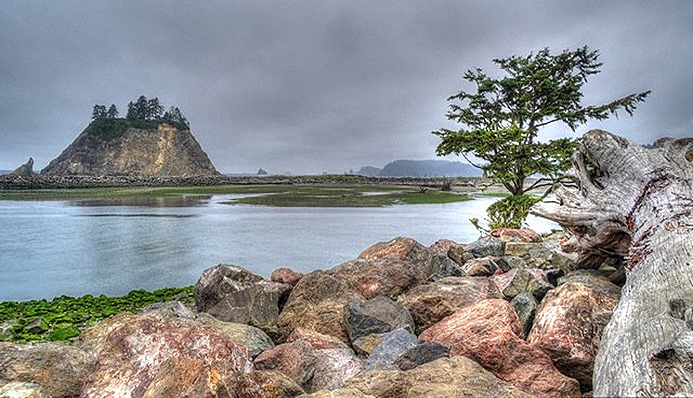 Our first peak was from LaPush and then around to First Beach.   LaPush is on the Indian Reservation of the Quileute Nation. 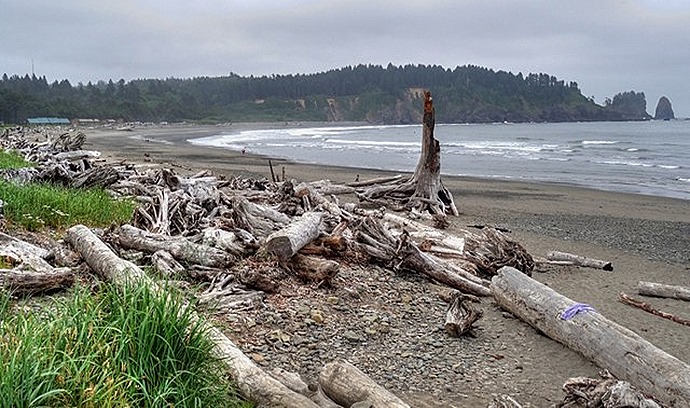 Much of the northern Washington coast is wild and undeveloped.  This beach was a rare find in the lower 48.  About 73 miles of this wild coast is protected land as well as over  3,000 square miles of marine waters, trails and overlooks.  During the summer waves roll to and from the beaches in this area.  At this time the waves are gentle but in the winter those waves can be entirely different.  The winter storms bring a whole new look to the sea and those gentle summer waves.
Taking a picture of the Quillayute River which flows into the ocean, I captured blue skies and blue water.  However, just turning around the picture was entirely different.  That picture was of the cloudy beach and Pacific Ocean.  At first I wondered if the clouds were coming  or going?    Well, they were going … at least while we were there.
Continue reading the rest of this article...