My friend Robyn, who lives in Albuquerque, and I attended the Gathering of Nations, the largest powwow in North America.  There were reportedly over 3,000 dancers and musicians present.

A powwow is a gathering of Native or First Nation people from one or multiple tribes to meet, dance, drum, sing, trade and celebrate.  This Gathering of Nations was attended by as many as 500 tribes from Florida to Alaska, including Canada. It is held annually in April in “The Pit,” the athletic arena at University of New Mexico in Albuquerque.
The arena is huge and was filled to capacity with people of all ages, mostly in family groups, and mostly Native Americans. The great majority of them were involved in the festivities in some way. The bleachers were filled with families in all stages of dress for the dancing, with pieces of their regalia in suitcases, on hangers and a few in very special wooden boxes.  Some were putting on make-up of various sorts. Their actions reminded me a lot of the dance recitals I used to participate in as a child, or of a beauty pageant or a horse show, except for one major difference: the mood.

Although this is a competition for many of the participants, I didn’t sense any anxiety or nervousness. I didn’t see young people with the jitters, trying to shake off their stage fright or nerves. I saw no parents yelling impatiently at their kids. I did sense good natured and contained excitement, but mostly I sensed and saw pride, joy, camaraderie, respect, appreciation, strength, confidence, and  bonds among friends and the broad extended family.  I’d say the mood reminded me of a huge family Thanksgiving: the kind of excitement that doesn’t have to do with presents, but with company and tradition. 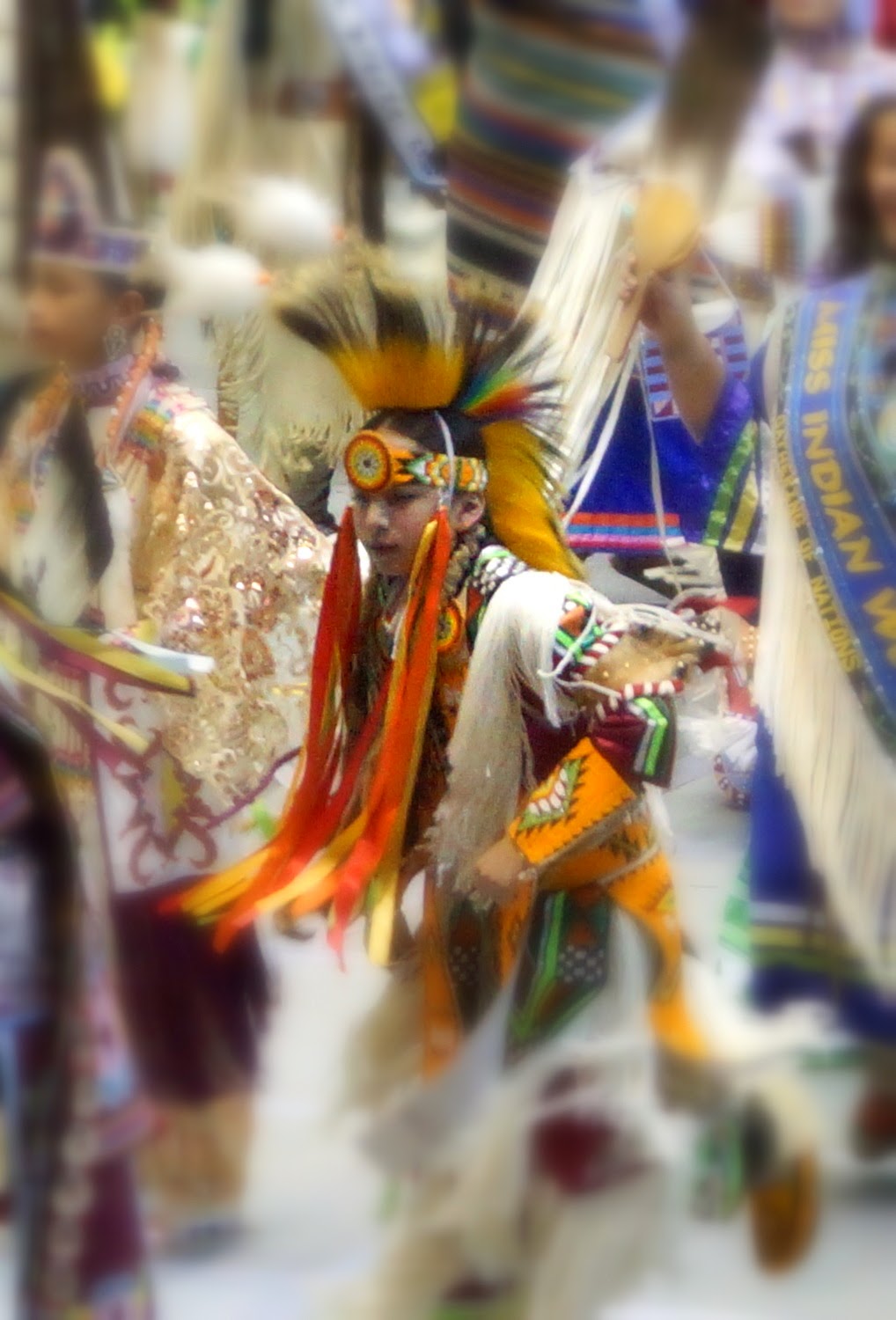