We fled Oklahoma like insects fleeing pesticides. Seriously, we were in Woodward, OK on Monday and it was becoming the focal point for the “major thunderstorm” moving up through the Heartland…so we did our best imitation of Canadian geese and drove like the wind south, down Hwy 34. We just didn’t want to be caught in the thunder/wind/lightning/hail spectacular that arrived, apparently on Wednesday last week.

So, as with NE and KS, we caught the narrowest 2 lane road available and drove through some pretty amazing small towns. Small like Sharon, so small I apparently did not see it as we drove through it, (pop.138*) and Vici, (pop. 699*, the Vici City Hall – circa 1939) 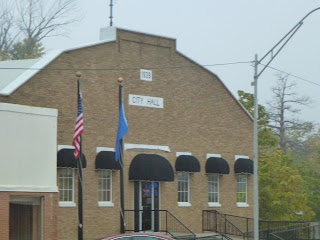 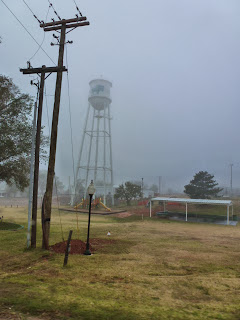 Many of these towns are a mere 20+ miles or so between one another and are surrounded by cattle and farming ranches. 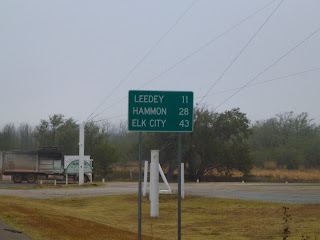 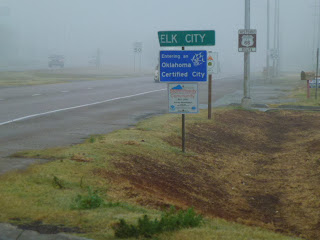 Continuing down Hwy 34 to Mangum, a stopping point on one of the cattle- drive trails from Texas through OK to Abilene, KS. The photo below depicts cattle-drive life and is titled ‘Up the Trail’. 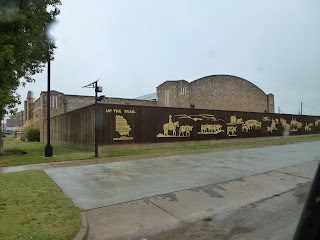 Mangum is a good sized town…(pop. approx. 3100*  and Margaret Avery, nominated for her role in The Color Purple was born here.) The mural below was on a business we passed leaving town. 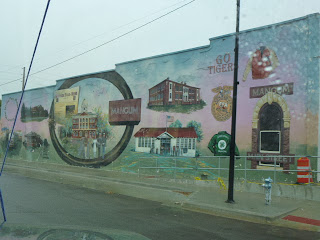