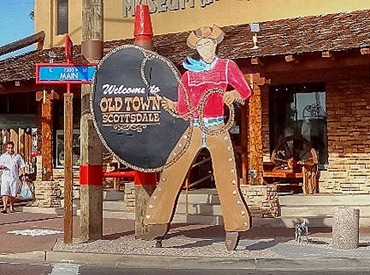 Scottsdale has a name that usually is associated with money.  It’s not a town that houses lots of housing projects.  Matter of fact, the homes in this town are at the opposite end of the big bucks. 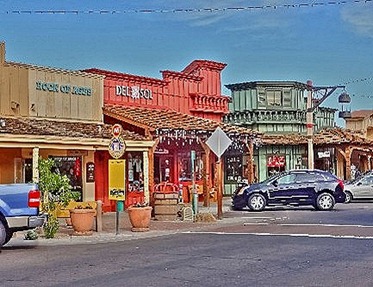 Scottsdale is to Arizona what Palm Springs is to California.  Car dealers around here include not only the Benz and Beemer’s but also the real cars – the Maserati’s, Bentleys, Jaguars and the Ferraris.  It’s not a cheap place to live.  Just being in this established high end town, adds many dollars to the value of the home, the stores you shop, the places you eat.  It’s a prestigious address.
Thus, since it was so prestigious we decided that’s exactly where we needed to stay.  Our temporary address was in Scottsdale.  It wasn’t a high end park but it still was Scottsdale. We decided to hobnob with the other half for a while.  So, what was the name of the upscale resort with the prestigious address we decided to set our levelers down in?  It was the Scottsdale Elks.  All the premier shops are just a short drive away from the park.  Now the Elks  may not be high-end but we certainly had a high-end address.
Wednesday was a really busy day.  Remember all the buying Terry had been doing recently for himself but yet saying it was for my birthday?  Remember those manly things?  Well, yesterday was my birthday so it was really my turn.  He offered to buy me a drill and this time I turned him down.  I absolutely have no desire for a drill or a hammer or a screwdriver or anything else he 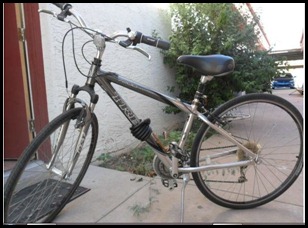 might want to buy me like that.  Instead ….  I bought myself a bike!
Now I had wrestled between two bikes.  I really, really wanted the red one because it was RED but the other one had everything I wanted on it i…