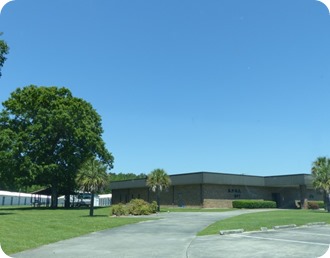 Wednesday was a normal travel day for us.  We figured we’d probably pull out of the Orangeburg, SC Elks about 8:30 but we really got on the road about 7:30.  We also figured we’d probably only drive 220 miles to the Wal-Mart in Smithfield, NC.  That didn’t quite happen as we really drove about 400 miles to the Elks in Norfolk, VA.  That’s pretty normal for us.  Whatever we start thinking we’ll do 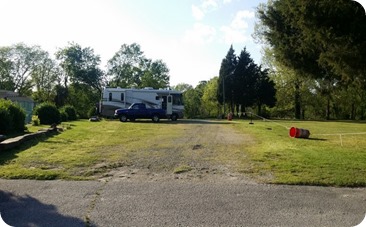 is rarely what we end up doing.
The weather was beautiful and other than a ton of cars upon our arrival it was pretty uneventful.  We pulled into the Norfolk Elks and it definitely looked deserted but it didn’t stay that way long.  It’s not that they had any activities at the lodge as they didn’t. A snow storm last year did a lot of damage.  The lodge has recently reopened but the membership dropped drastically during the repairs.   Our timing was definitely poor.  We figured we’d probably hang out a couple weeks there but that was before we knew about the contractors and the repair folks.  Plus, we also thought we would have access to water and a dump …. not so.  The pipes broke when they froze over this winter and they were in the process of trying to get 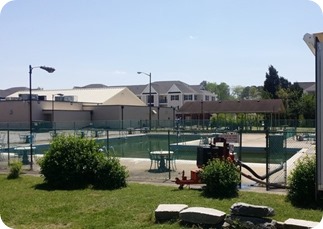 them fixed.
We met several of the local Elks members who stopped by to chat and also one neighbor that I really didn’t want to chat with.  A plumper showed up several times a day for a few minutes, park right next to us and squealed out every time he left.  One night he was there fiddling until well after 10:00. 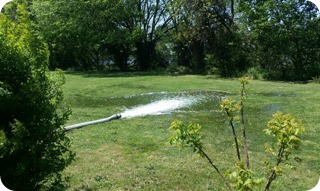