One of the most amazing places in Nashville is the Parthenon, an concrete replica of the original, erected for the 1897 Centennial Celebration. It is the only building left from that exposition, as it was rebuilt to become a permanent feature of what is now Centennial Park. 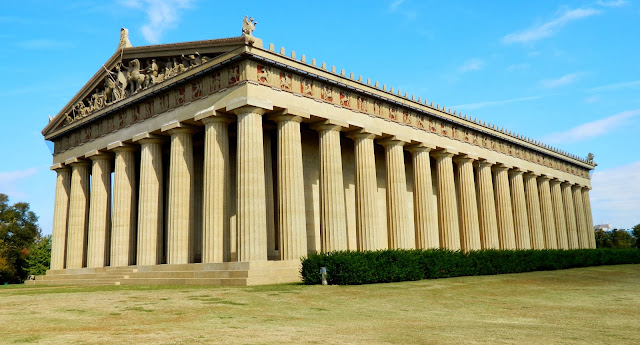 There’s plenty of free parking and visitors are free to walk in and around the outside parts of the structure.  Rick, who has seen the original, says this one needs to be set up on a hill like the Acropolis to get the full effect. But it’s still pretty impressive. 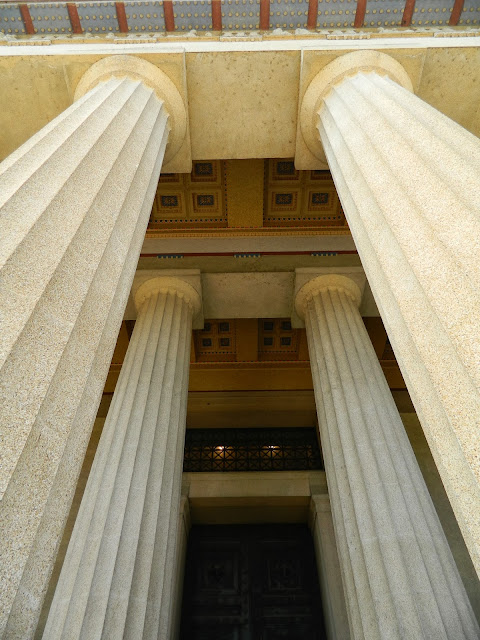 To go inside, you enter through what looks like a cellar door in case of tornados, and pay a $6 fee ($4 for seniors).  That gives you access to the art museum on the lower levels (very nice permanent American art collection plus a gallery for temporary exhibits) and to the great goddess Athena. 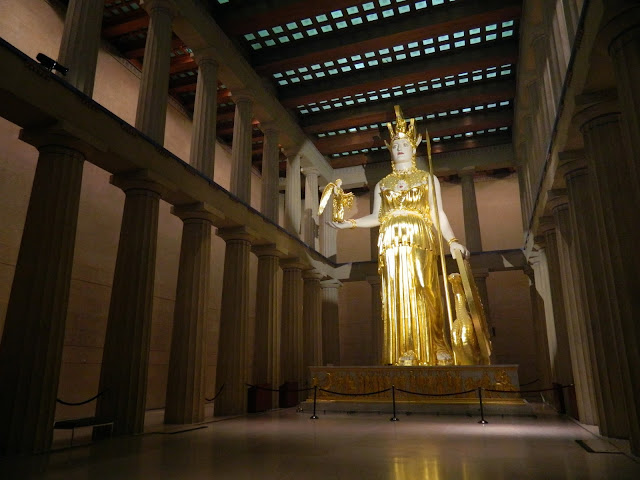 And great she is. At 41 feet and covered in gold leaf, she completely dominates the inner recesses of the Parthenon. Although there may be more lovely statues of Athena, this is certainly the most imposing, and serves to remind one of the prominent place the gods and goddesses held in the lives of the Greeks and Romans. 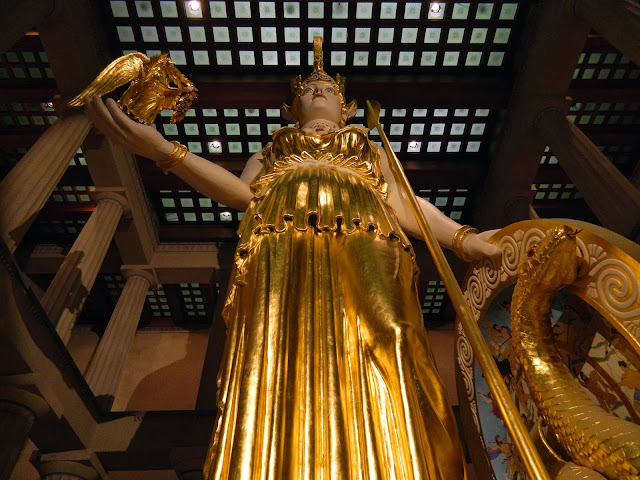 The virgin goddess Athena was the patroness of Athens, and is associated with war strategy, divine inspiration, architecture and the arts. The original Parthenon was built in her honor, and housed a similar statue.  Here you get a closer look at Nike, the seemingly much smaller “winged victory,” whom Athena symbolically holds in the palm of her hand. 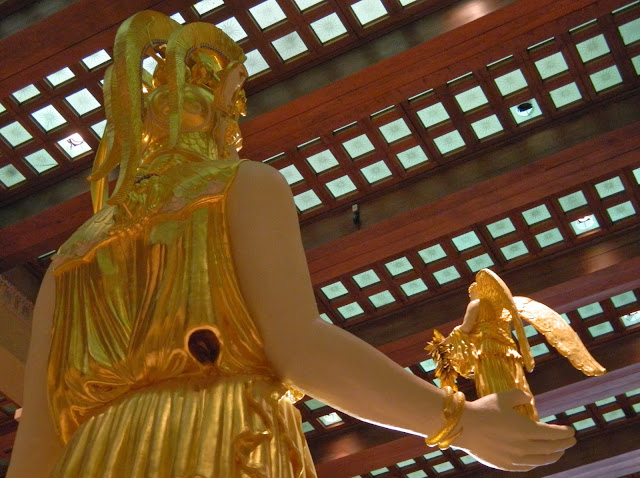