The adventure I am about to write about actually occurred last month, August 17 to be exact. Boy am I bad this summer! I am determined to catch up over the next two weeks before we pack up and head southeast to our next assignment, so be prepared for a few posts…hopefully!

Norris Geyser Basin was our destination for that day, one of the major attractions of Yellowstone National Park. It required an early start to the day as it was at least a two hour drive from the ranch and we wanted to do the Ranger-led tour of the Back Basin section that started at 9:30 AM.

Norris Geyser Basin is one of the hottest and most volatile areas of Yellowstone’s hydrothermal areas. Not only is it part of one of the world’s largest active volcanoes, it sits on the intersection of three major faults. The features here in Norris Geyser Basin are unpredictable, undergoing dramatic behavioral changes. Let’s look at some pictures! 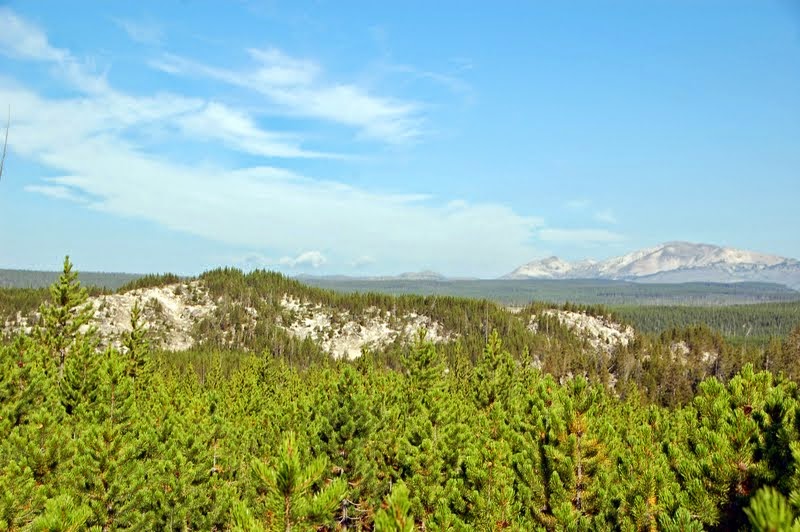 Our Ranger tour started in the Back Basin area, and as we walked to the basin he noted the rolling hills off to our right and how they were monitoring changes within these hills that showed hydrothermal activity taking place below the surface. 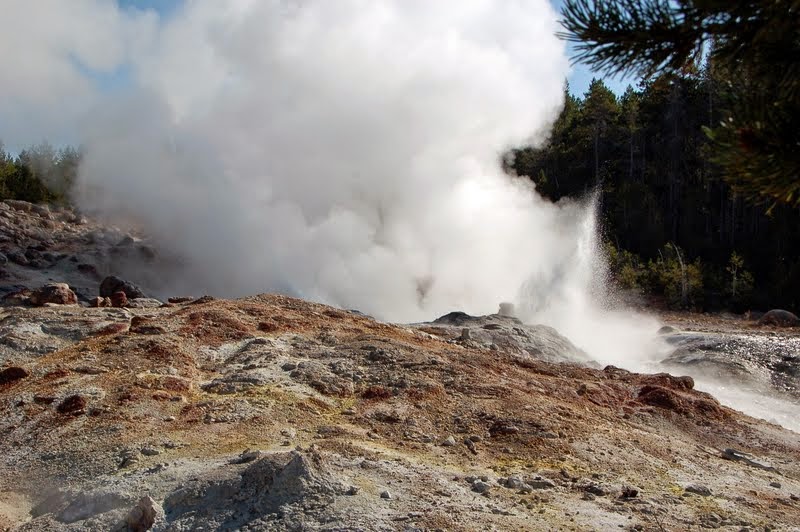 Steamboat Geyser is the world’s tallest active geyser, but is extremely unpredictable. Days, months, even years pass between major eruptions. At the time we were there it had been over a year since the last eruption. When it does erupt, it throws water more than 300 feet high. For hours following its rare 3-40 minute eruptions, Steamboat will thunder with steam. On September 3, 2014, it erupted in the middle of the night. Lucky visitors were able to witness the clouds of steam billowing from the geyser the next morning. Steamboat Geyser 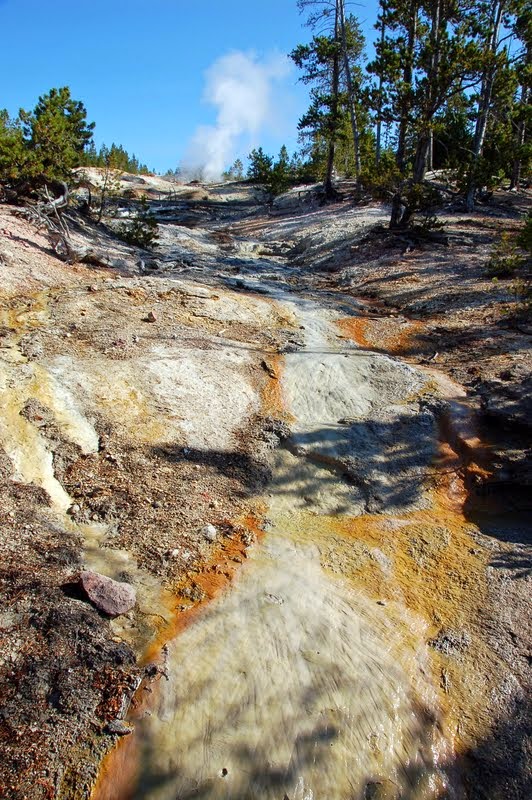 The run-off from Steamboat runs down the hill, under the boardwalk… 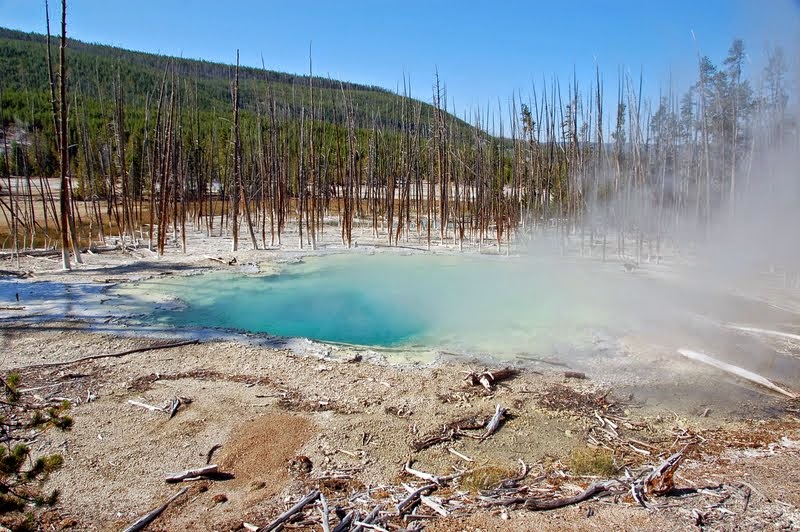 into this pool area.