Share This On:
Facebook1
Google+1
Twitter0
Pinterest0
On our way to and from Las Vegas via I-15 we made the not-too-out-of-the-way detour to the Valley of Fire. So worth it. From the north you can get off at Exit 93 onto Rt. 169/Moapa Valley Rd. and drive south through the little towns of Moapa Valley and Overton. (There are no signs at Exit 93 for Valley of Fire.) There are some gas stations and a few small restaurants in those towns for replenishing.  From the south (Las Vegas) you can get off at Exit 75 at the Valley of Fire Hwy. It’s not hard to find the park by either route.
Once in the park you begin to see the lumpy bumpy formations that are not untypical of southern Utah.

These formations have many more holes in them than we’ve seen elsewhere, which is pretty unique. These holes are called tafoni and are thought to be caused by minerals coming to the surface of the rock through water seepage, and then breaking off or out, leaving behind holes. They come in all sizes, from caves to honeycombs.  The best picture I got of them is from the Atlatl rock. More about that shortly. 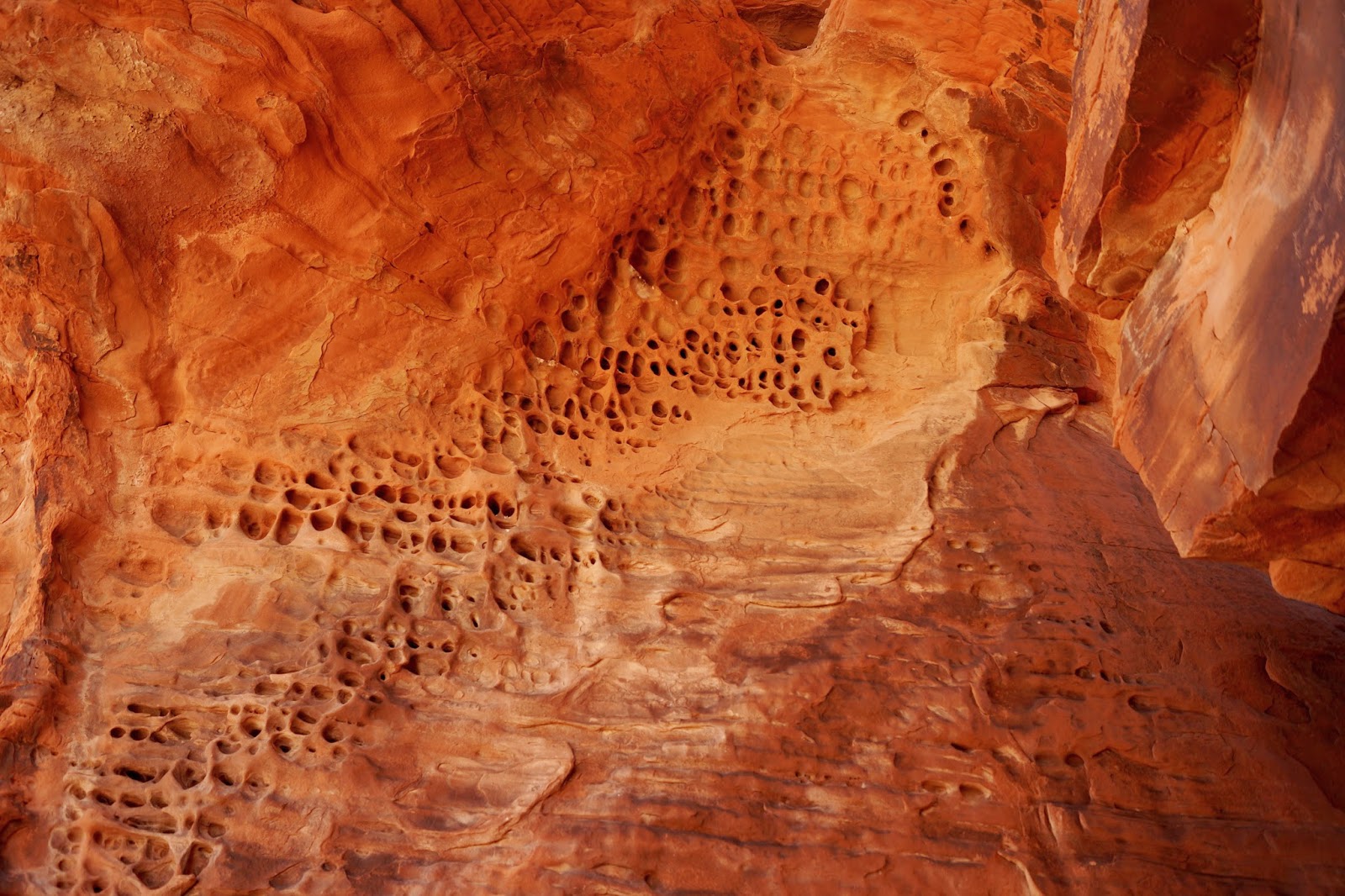 The Visitor’s Center is at about the center of the park, and it would be easy to think you’ve gotten the idea of the park, and head out. Don’t make that mistake! Turn north on Mouse’s Tank Rd. and take the scenic drive to the end and back. You will not be disappointed, even if you don’t have time to get out of the car at all. But if you do get out and hike you will be rewarded tenfold. 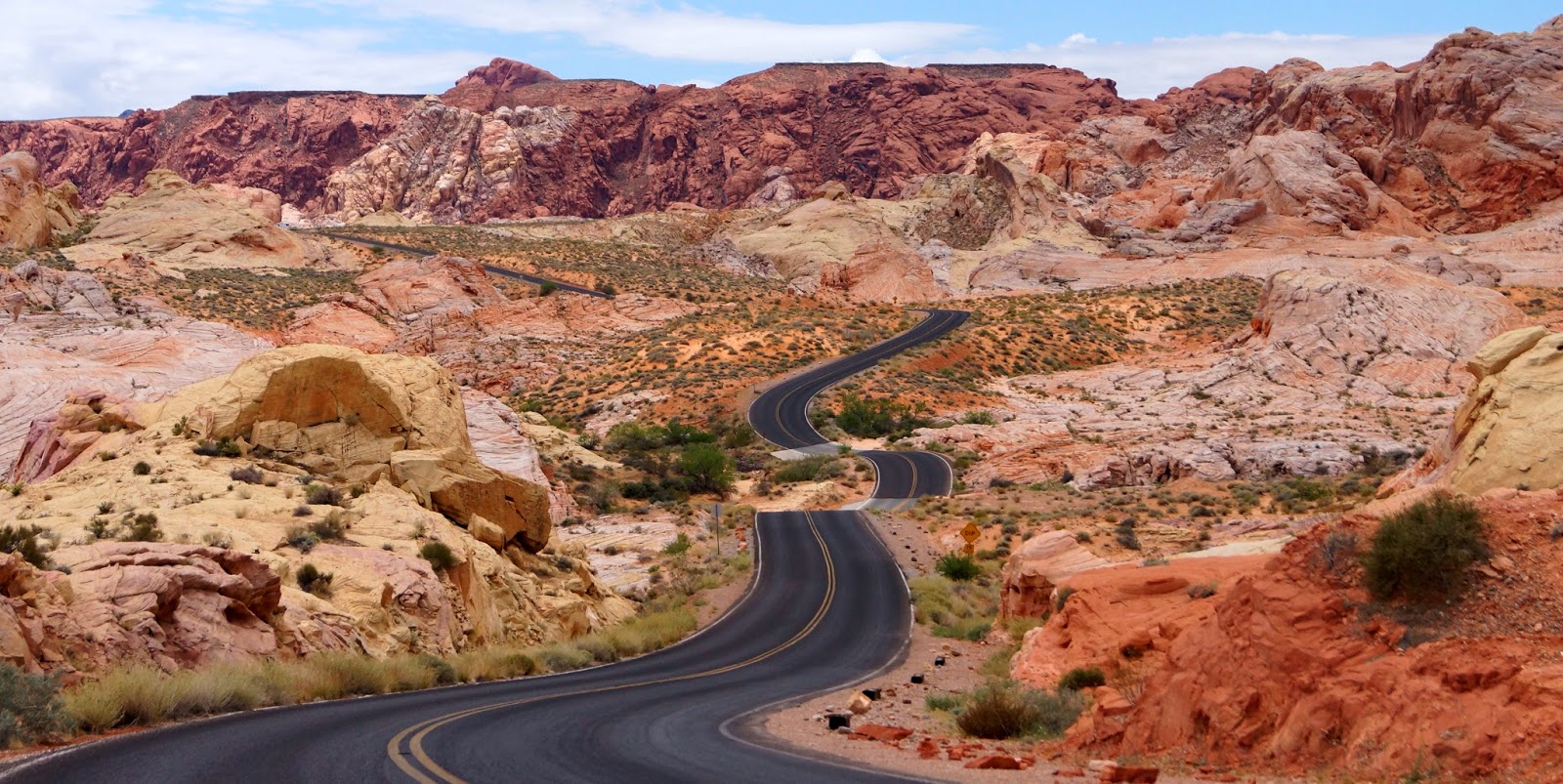 This is a very dry area, vegetated with only a few low bushes, yucca, cactus and wildflowers.
It’s really all about the rocks.