Share This On:
Facebook0
Google+0
Twitter0
Pinterest0
When something has been said or done well, have no scruples.  Copy it!
This past weekend was a holiday weekend.  Thus, lots of folks were out playing.  There was a big shindig around us.  Every place you could see on the dunes people were riding and congregating.  This was a big event.  Vendors were selling event t-shirts, hats and most anything a  dune buggy or ATV owner might be willing to dig out his wallet for.  We didn’t buy a thing but we sure did look.  Now next year they’ll probably sell the left over items from this year at a reduced price during that year’s event. 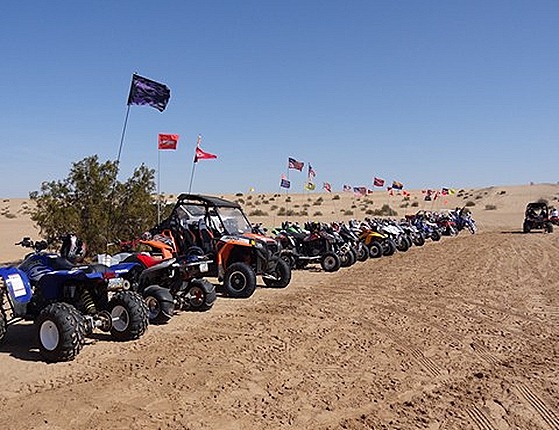 When we pulled out of Glamis and the dunes on Friday we knew this was going to be a big, big weekend for the Imperial Sand Dunes.  We figured there would probably be several hundred toy-hauling RVs sitting at the base of those dunes with a few more hundred on the slopes.  We also figured this would be one spectacular site.  We were a little off.  We discovered that we were off when we took our  little drive on Sunday to Gordon Wells And Gray Wells.  These are both areas that more RVs and ATVs converged on over the holiday weekend.  It was party city. 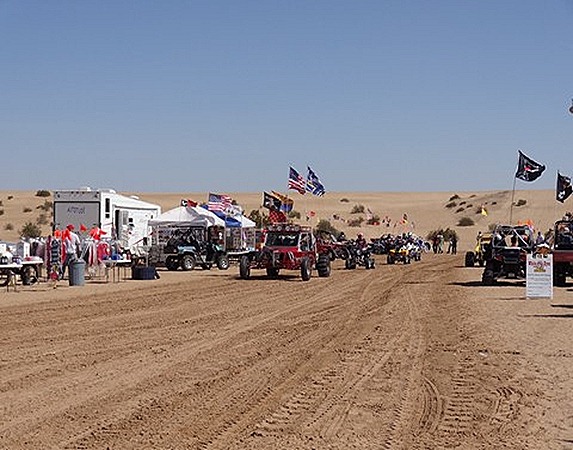 Now that the weekend party is over the tickets will probably start.  Actually, they’ve already started.  As I’ve mentioned previously, there is a Highway Patrol station between the Dunes and Arizona State line.  The little black and white c…