Share This On:
Facebook0
Google+0
Twitter0
Pinterest0
Terminology is an issue here. We got our first lesson at the Evangeline – Longfellow Historical Site State Park in St. Martinville, LA.  Some of the terms that get bandied around here to describe the culture, the people and the geography can get complicated, and confusing. Much of the terminology is based on the French language, which we have little or no experience with, so we are dependent on others (and the internet) for translation. 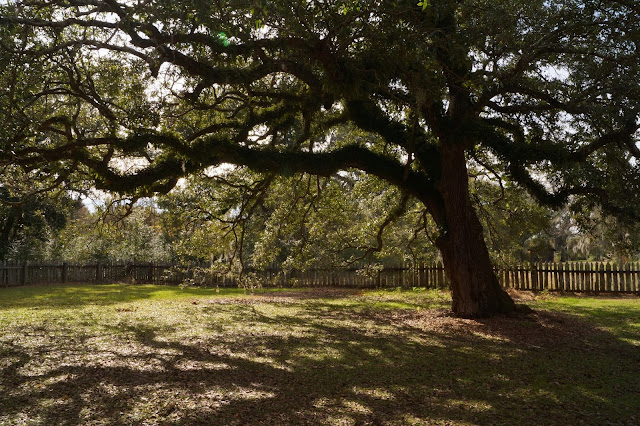 I referred to this area as “Cajun Country” in my last post. Today I’m calling it bayou country, because bayou means river and the wide spread wetlands that the rivers create in this flat geography. Bayou does not refer to the people or culture, though it is associated with both, because on the bayou is where many people live around here. But not all Acadians (Cajuns) or Creoles live on the bayou.
We started hearing the terms Cajun, Acadian and Creole to describe the people in New Orleans, and were beginning to get a handle on it. One of the knowledgable guides at the State Park helped us out, and the exhibit in the museum was even more helpful.  Below is the Olivier Mansion, or Maison Olivier, the home around which this park was constructed. It was originally thought to be an Acadian home, but later research determined it was Creole.  Confusion doesn’t seem to be confined to out-of-towners. 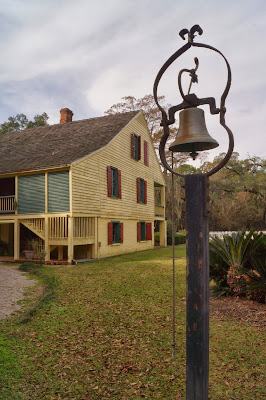 Our first guide, below, explained that the Creoles were the descendants of the French people who began settling this colonial territory before our Relolutionary war. Because other peoples, including Spanish, West Indian, African and Native American also lived here before, during and after that period, Creole describes a complex combination of cultures, but seems to refer to the people who were originally here before the Acadians arrived. There also seems to be a more subtle difference between these peoples based on class, which isn’t talked about as easily, as elements of and feelings about these differences seem to still remain.
Continue reading the rest of this article...