Share This On:
Facebook8
Google+1
Twitter0
Pinterest0
We hadn’t originally planned on visiting Neah Bay and Cape Flattery.  It’s funny how we end up doing a lot of things we really don’t plan on.    We were a close 56 miles from the tip and the most northwestern point in the lower continental US and we hadn’t planned on visiting.  Now that wasn’t smart thinking so when we did decide to drive up there it ended up being one of those spur of the moment trips. 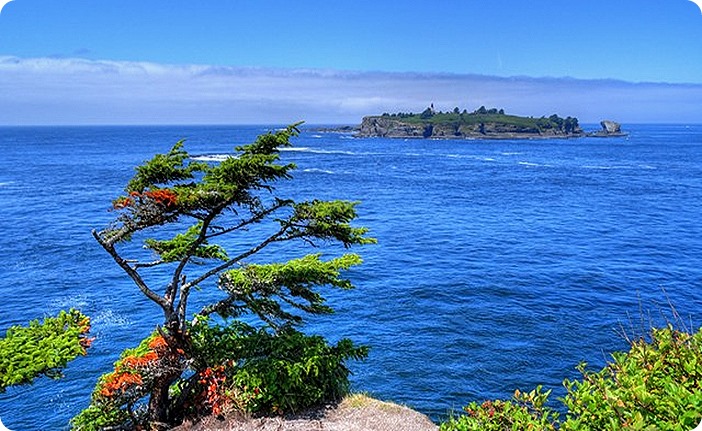 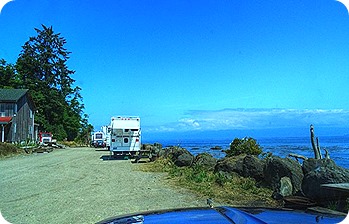 The road from Forks winds up past Clallam Bay and Sekiu.   We could also see ourselves staying in this location.  There were many, many RV parks and they all had beautiful views of the Strait of Juan de Fuca.  Some of the parks were right on the beach and others were overlooking it.  Some had full hookups and others had places you could boondock. We were totally amazed with the view and with the location.  However, our destination was the Cape.  We weren’t looking for a place to stay. 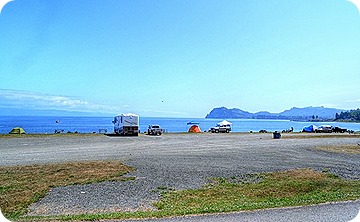 We followed the road to  the trail parking lot. The entrance to the cape trail started off with a sign warning of moderate exertion.  The trail itself began as packed dirt and it was downhill.  It was down, down, down.