August 8 we went on a totally awesome kayaking expedition with John and Carol Herr, our summer companions this year. We’ve had some really good times with them this summer, and looking forward to even more. It’s so wonderful how we meet like-minded souls out here on the road.

Anyway, they had already done this kayak trip earlier in the season, but enjoyed it so much that they went again, joining us on our day off. String and Leigh lakes are two of the beautiful and accessible lakes strung along the base of the Teton Range. Most were made by large glaciers that pushed out of the mountain canyons and left deep impressions that were further dammed by moraines. Other lakes were formed in basins scooped out by massive glaciers that moved through the valleys.

We arrived at String Lake early Sunday morning. It’s a popular destination and the parking area fills up quickly, not only with kayakers but folks hiking around the lake and families enjoying the picnic and swimming areas. 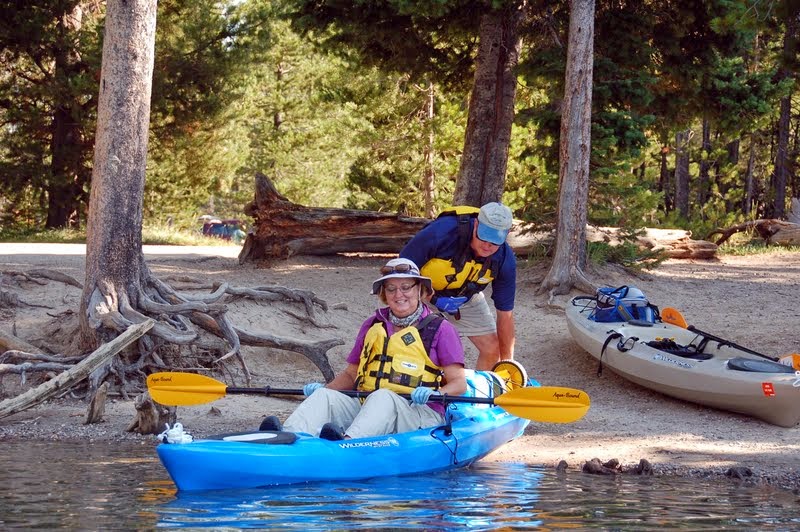 After getting properly outfitted we pushed off from the shore. John and Carol have hard-sided kayaks, while we were in our SeaEagle tandem inflatable kayak. In Florida we have pretty much the same kayaks that John and Carol have, but just travel with the SeaEagle. 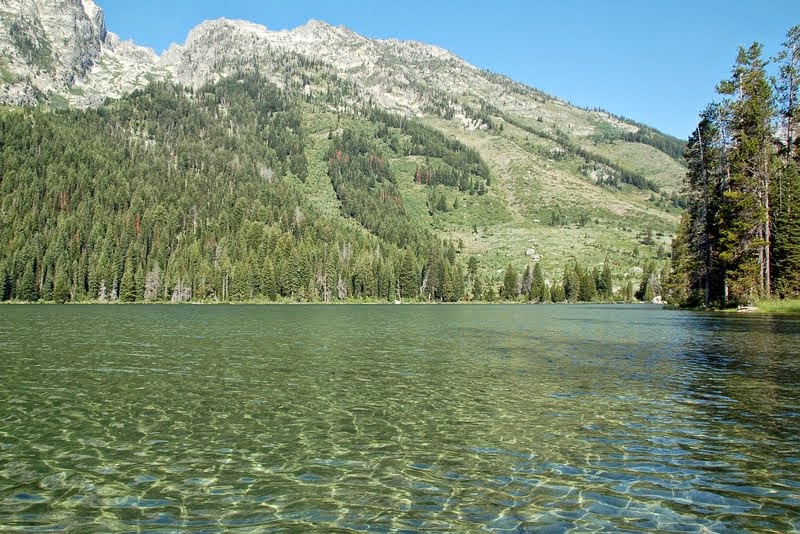 String Lake is a clear, shallow lake that looks more like a wide channel between Leigh Lake and Jenny Lake. It sits right against the steep lower slopes of Mount St. John and Rockchuck Peak, where periodic avalanches have kept the slopes clear of trees. 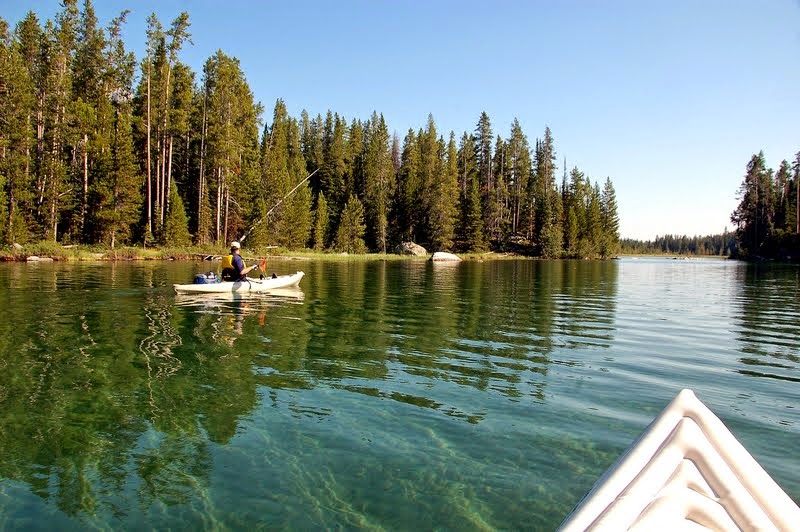 We were very happy to have gotten an early start, as String Lake becomes very crowded with swimmers and picnickers. 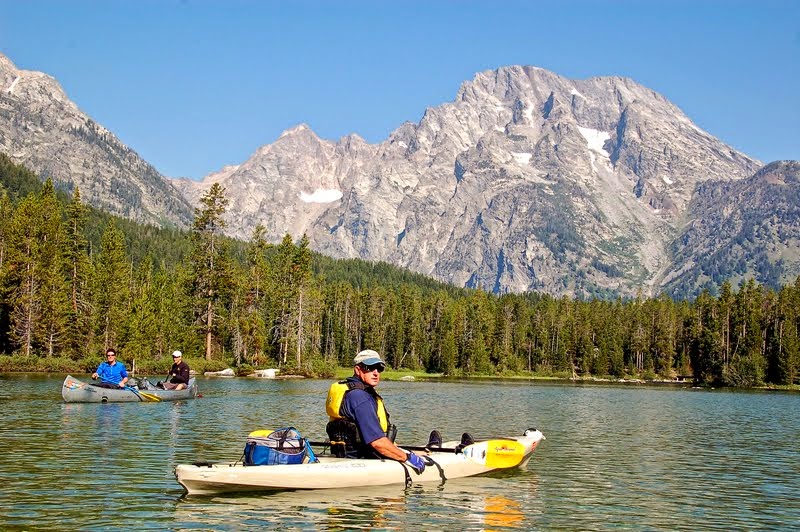 The soft morning light and clear air made for nice pictures as well.
Continue reading the rest of this article...