So recently I fixed the front end on EVERYTHING. The van got new king pins and brake rotors and stuff. The Motor Home got new ball joints. The motorscooter got its front wheel unstuck. I got new glasses. So any adVANturing I’m doing has a lot to do with being where the work is.

And I got lucky: a few weeks ago, the work was in the Shenandoah Valley. My original intention was to go out Sunday and camp in the national forest somewhat west of Staunton, but when I got to Staunton and found the store, I realized I was very very close to the Frontier Culture Museum. I decided the forest could wait – it had been easily 10 years since I had been to the museum. They’d built a Native American Village and an African village since I was last there. Apparently, I neglected to get pictures of the latter. Here are some other pictures from the museum, though: 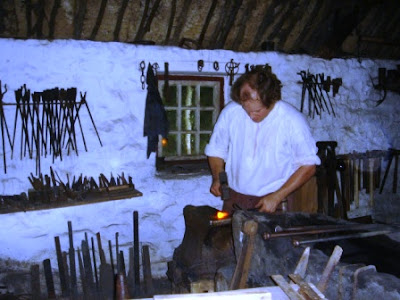 This is one of the blacksmiths at work. 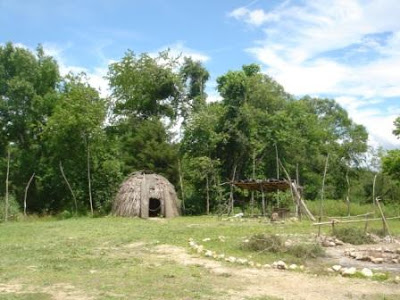 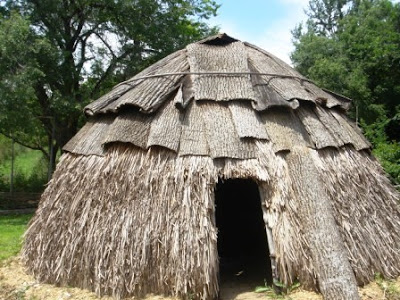 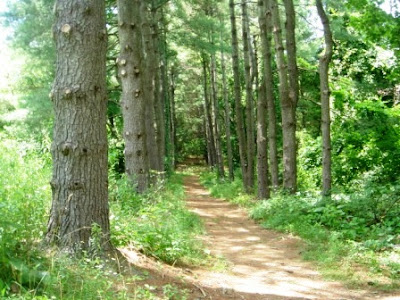 A path through the woods, planted a while back. 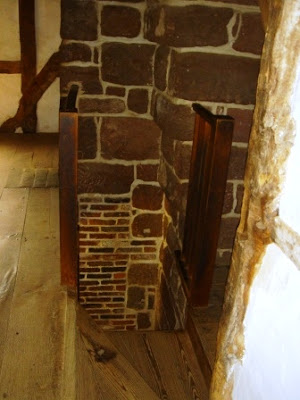 This is a staircase I’m glad I don’t have to use on a daily basis.

I never did get to the forest, because I got a call from a merchandising company I hadn’t worked for previously and had to stay in town after work to do paperwork kinds of things. I spent a lot of time enjoying Gypsy Hill Park, which was a good place to hang out and make dinner. They have a pool. A nice pool, with a $3 admission fee. I, traveling light, had not brought a bathing suit. I made a note to NEVER travel without one again. Having my computer along would have made things much easier too.

Wednesday’s work was at Grottoes VA, so I drove up Tuesday afternoon and found Grand Caverns Park. They have a pool too. Being it was so close to the end of the pool day, the manager took pity upon me and let me swim in shorts. Yay. Did I mention the temps were in the high 90s at least?

Wednesday after work I went back to the park and took the cavern tour. I was sure I’d …